GLIMPSES FROM THE EARLY YEARS 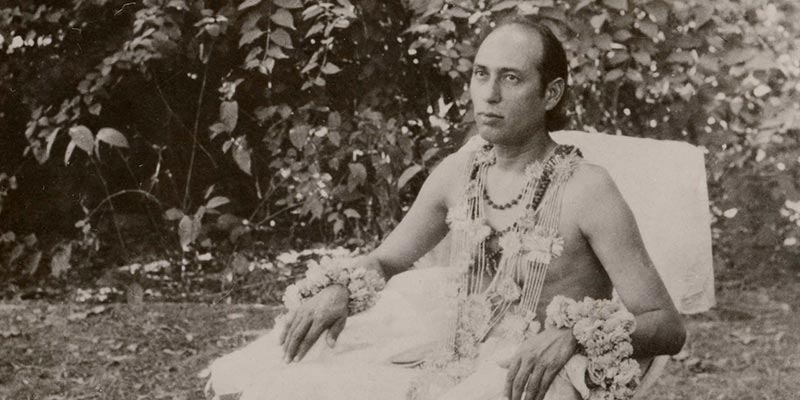 Shri Maharaj Ji first of all taught and revealed the Knowledge of the Divine Light and Holy Name in Sindh and Lahore in what is now Pakistan. From 1930 onwards he began visiting Delhi in order to reach out to more people. He stayed in a small room in Bagh Raoji, situated in the suburb of Karol Bagh near the giant Delhi Cloth Mills. His following gradually grew as he patiently kindled the lamp of Knowledge in others, one at a time. Soon a group of workers from the Delhi Cloth Mills became interested in him and visited him regularly. Those were the days of close association, when Shri Maharaj Ji could give personal attention to the aspirant’s progress on the path of truth. His magnanimity and cheerful disposition, along with his selfless dedication to the cause, endeared him so much to his followers that he became their object of love and reverence.

He was a magnetic personality, tall with a glowing face and flowing hair, glorious eyes, broad forehead and a wide smile. He had a very pleasing and impressive demeanor, which attracted everyone who approached him. There was an awe-inspiring charisma about him. He always practised what he preached and as such was the living embodiment of truth. He outshone everyone else and was singularly conspicuous in a crowd. His faith in the Holy Name and his own Master was rock-solid. His very presence inspired confidence, emanated a radiance and created an atmosphere of love and peace.

Shri Maharaj Ji’s approach was not at all traditional. He was unique and so were his methods. Delhi Cloth Mill employees expressed their desire to realize God but wondered how workers like themselves could possibly do this when they didn’t have time to sit in meditation or visit the temple, nor did they have the option of renouncing the world. Maharaj Ji told them that meditation was something that could be done at all times in all stations of life and that the Holy Name was above the petty vicissitudes of life. This appealed to them and encouraged them to the point where they looked upon him as the Messiah of the poor.

The ‘premies’ who had the opportunity to be with him in those early years were fascinated by his way of life. He would play, swim and talk easily with them, sharing their joys and sorrows, yet always encouraging them to steer themselves on the spiritual path . He taught them the mysteries of God in a very practical and down-to-earth fashion. He did not burden them with high philosophy. Rather he took philosophy and made it simple and understandable.

He was known for his parables, anecdotes and homespun truths which he used expertly in order to carry home a point. There was nothing scholastic about him, for he believed that theory bereft of action was futile mental gymnastics. His realistic approach was to harmonize worldly and spiritual life. Generally the disciples would assemble in a house of a fellow premie, where they would listen to him with rapt attention.

More and more people started coming to him, requesting that satsang programs be held in dharmashalas (pilgrims’ inns). Consequently, Maharaj Ji changed his method of preaching from small private gatherings to dharmasalas in Delhi and gave discourses to larger audiences. At this time he moved from Karol Bagh to Pahar Ganj, to the residence of a premie named Lala Jyoti Prasad. The first Guru Puja festival was held at Jyoti Prasad’s home. After this it became an annual event.

His devotees were so attracted to him that as soon as they heard he had arrived in Delhi they would leave work and flock to him. Master and devotees would sing and play together. The atmosphere was intimate and full of heartfelt love. So close were the premies to their Guru that when he left them they would weep, counting the days until his next visit.

As his message spread, Maharaj Ji held public satsang meetings, especially on the banks of the River Jamuna. He had his own natural and novel way of speaking to people. He was against all outward show and shunned the pomp that many ‘sadhus’ and ‘mandaleshwars’ would indulge in. He never posed as a religious man. He simply lived religion. He opposed all outer forms of worship such as counting of prayer beads, penances, fasting and the like.

Once, when he was coming back from the river, accompanied by some of his admirers, he saw a ‘mauni baba’ sitting cross-legged on the riverbank, answering the questions put to him by writing on the sand. Maharaj Ji went and sat down in front of the Baba. He folded his hands in prayer, raised his eyes to the heavens and said, “O God, You are omniscient and all powerful, perfect and the creator of all, yet I see that even You can make mistakes. For why have You given this Baba a tongue when it seems he has no need of it?” At this, all were startled and the pretensions of the mauni baba collapsed in anger as he shouted, “What are you saying?” At once all the spectators broke into laughter. Maharaj Ji told the Baba that silence of the mind is more important, in fact indispensable, on the path to God, while silence of the tongue is but an outward show. One who does not still the mind by meditation, but only outwardly controls his senses by force, is a hypocrite.

In addition to Delhi, Maharaj Ji would also visit various areas in the northern state of Uttar Pradesh, gathering many followers in both the cities and their surrounding villages. He would often go and stay in one place for about a week at a time. Once, while visiting a village, a farmer who was his disciple saw Maharaj Ji approaching. He left his ploughing and ran forward to greet him. He touched the feet of his Guru and requested him for satsang. He placed a string bed in the shade of a tree and covered it with his best cloth for Maharaj Ji to sit on. But Maharaj Ji refused to sit and told the man to return to his work in the fields. The farmer obeyed and Maharaj Ji walked with his disciple and instructed him as he ploughed the fields. After the farmer completed his work they both left for the village. It was a superb practical lesson in Karma Yoga.

Once Maharaj Ji was invited to Simla by a brahmin disciple. Many people gathered in his house over three days to hear Maharaj Ji teach. One of the brahmin’s household staff was a low-caste sweeper, who would sit apart from the crowd and listen to satsang. On the third day the sweeper approached Maharaj Ji and asked that if this ‘Nam’ was so beneficial, and if the name of God was one for all, could he too be permitted to receive initiation? Maharaj Ji accepted the sweeper and initiated him. When the brahmin learned that his servant was now also a disciple, he was furious and told Maharaj Ji that he could not accept the fact that a sweeper was allowed to receive ‘updesh’ and pollute the higher castes with his company. It was unthinkable to him that a brahmin and a sweeper could be brother disciples. Maharaj Ji simply said that it was not his fault that he gave the knowledge of the Holy Name to the sweeper The blame must be placed on God, Who has placed divinity in the heart of every person, brahmin and ‘shudra’ alike, and there was nothing Maharaj Ji could do to alter this fact.